No one knows for sure when the Sex On The Beach appeared for the first time exactly , but this
certainly happened after the seventies, since up to that time no cocktail could contain the word sex,
as it was considered inappropriate in the United States.

A pic from: International IBA Cocktails Book: A journey through the 77 cocktails that every barman should (Luigi Manzo)

First came cocktails like Fun on the beach and then Peach on the beach, the latter consisting of 2 cl
of Vodka, 2 cl of Midori, 2 cl of Chambord, pineapple juice and cranberry, which had the effect to
greatly darken the cocktail and give it a very sweet taste. The Peach on the beach wasn’t successful
in Europe, due to the difficult availability of Midori, and it was Fun on the beach that established
itself strongly in the old continent. The cocktail was then approved by the IBA and included in the
list of popular cocktails.
In the eighties these drinks began to be popular among the public. 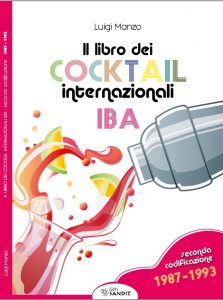 The first of August 1985 is really hot when Michele Serra decides to leave Ventimiglia aboard a
Panda and turn the Italian coast to arrive in Trieste. The journey lasts a month and every evening
will stop to dictate an article to his newspaper, “l’Unità”, describing places, people, habits,
mediocrity and decay (of the era) of seaside Italy. The author will propose a portrait, distressing and
exhilarating at the same time, at least of that part of the Bel Paese bathed by the sea. From the
articles told, a book comes out Everyone on the sea, which represents the faithful chronicle of that
journey: 30 articles inserted in the volume without changing a comma or changing an adjective,
precisely because the tone “in real time” arrives intact to the reader. The same author did not expect,
at the end of his adventure, that the fragments collected on the beaches would succeed in restoring
such an effective idea of Italy.

In Rimini, Serra tells us about the myth of the time: Zanza, known as Maurizio Zanfanti, who only
recently passed away at age 63. He was called “the king of vitelloni” or “the king of Rimini
playboys”. The myth of Zanza began in the seventies, when he worked at the Blow Up, a local
restaurant in Rimini, where his fame as a Latin lover was born. In the look, in the physical aspect, in
the ways, “Zanza” perfectly embodied the character of the Italian conqueror as well as the foreign
tourists who arrived in Italy between the seventies and eighties. 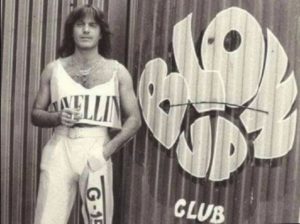 His clothing consisted of an open shirt on his chest, leather trousers, ankle boots, blond and long
hair. And he had a reputation as a conqueror of hundreds of tourists, especially Swedes. “I think I
did more tourism promotion for Rimini than a hundred agencies” boasted in 2015 in an interview
with Resto del Carlino. In that same interview he displayed with the precision of an accountant the
figures of his untiring admiration: an average of 150-170 conquests per season, a peak of 207.

He said he started his business at 17, coinciding with the start of his work as a “buttadentro” in the
nightclubs of Romagna. In winter he spent most of his time moving to northern Europe, also
visiting the numerous fan clubs that arose. His parable is one with the boom of the
“divertimentificio” of Rimini, with the endless chain of conquests between the beach and the discos.

Over the years, dozens of legends have flourished on «Zanza», as an article by Claudio Del Frate in
the Corriere della Sera tells; for example the one about a Rimini citizen who goes to Sweden to
chase a woman and he fell in love with and on the bedside table of the latter finds the photo of the
Italian playboy. Bragging or not, other facts are very true: for example, the double-page interview
that the German newspaper Bild dedicates to him, declaring him internationally as a male and
popular sex symbol. “Women come to Rimini for one reason only, always the same …” he declared
slyly and deliberately emphasizing the double sense; but to those who asked him what his favorite
weapon was to make the tourists fall at his feet, he revealed: “Kindness. You must always have care
for each one ». 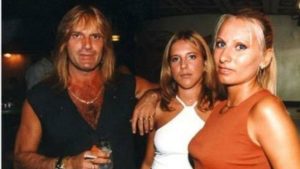 But what was the secret of Zanza? Was it really just a matter of kindness? The secret was revealed
to us personally, or rather to our friend Carmine, who one day finding himself working in contact
with Zanza’s sister, asked him how his brother did all these conquests. “Simple,” she replied: “He
learned Swedish as his first language!” And in fact if we think of the Italians who went to the Blow
Up for Nordic girls hunt, often slow or rough English, a Zanza who speaks in perfect Swedish, was
really a potential weapon of war.

But Rimini was all-around fun. Moving only a few kilometers away, in 1987 the Aquafan complex
was built (strictly without the C) (Aquafan literally Waterfan; water in italian is written “acqua”
with the C). Aquafan is one of the first water parks built in Italy and is located a few meters from
the motorway exit. Although not a novelty in Italy, the structure was probably the first to be
succesfull. This is essentially due to the excellent choice of the user base and also to the initial
indirect advertising that the park obtained by hosting, at the end of the Eighties, popular television
broadcasts, as well as a fixed partnership with Radio Deejay, who wore his characters more famous
(from Albertino to Fiorello) to broadcast from inside the park.

Among the attractions that, over time, have been added to the original offer, becoming at the same
time symbols of the park, we can mention the Kamikaze, a slide with two 90-meter long slopes in
which the descent reaches the adrenalin-fueled speed of 70 km / h, the Extreme river, a ramp with a
parabolic section (Half Pipe) on which it slides in harmonic motion until it loses height, the
Speedriul, a funnel-shaped structure that “swallows” guests after a whirling motion. This is highly
discouraged for those suffering from claustrophobia. The Aquafan of Riccione gave me the pleasure
of meeting Beppe Fiorello and Marco Baldini in one evening (at the time, in the mid-nineties, they
led the Baldini Ama Laurenti program). 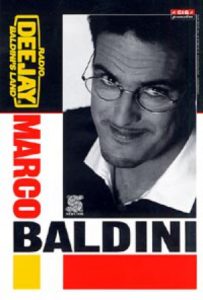 These only in Rimini, without considering the nearby Riccione and all the other cities. Obviously it
would be impossible to talk about all of them, we will focus only on two of whom I am particularly
fond of. The first is the Cellophane (which over time has changed various names: Altavista,
Verdeluna, Pesce Azzurro). In the late eighties and nineties, it was one of the cornerstones of
hardcore music, psytrance, trance-progressive, techno, progressive dream (if you have little more
than 20 years and these names tell you nothing, don’t worry). It was considered by type of music
and use of lights (in reality only one stroboscopic, the rest was dark).

Progressive music was heard in the great hall and the house music in the private room. Over time,
Cellophane also opened up to commercial music. He welcomed one of the best DJs in Italy, who
alternated to play an electronic music, where the keyboards were accompanied by the most varied
sounds, high, low, high and there was no lack of background noise. The only flaw, like most clubs
around the world, was the swarming of pushers. For the first time I saw the effects of the rape drug
on a girl who had come to dance with us. Without realizing it, a stranger had poured substance into
her glass. A friend of hers came to call us worried we then dragged her out of the disco and above
all from the clutches of the character.

The Cellophane was positioned near the sea, and easily accessible by bus and taxi, which is why it
was very popular especially by young people, but it has seen its decline since the 2000s. Here it
began to change its name: it became Altavista (name of a famous search engine) and then
Verdeluna, but it was no longer able to establish itself in the panorama of Romagna nightclubs.

From Rimini began the crusade against the “music of the devil”, to combat the massacres of
Saturday night and to convert the behavior of the night, and the capital of the dance temples slowly
revived for moderate fun.
The hotel where I worked (at the time it was called Terminal, a three-star hotel, today it is four stars
and a SPA, and it also changed ownership) was right next to Cellophane. From March to May there
was an influx of school trips from all over Italy. Professors came to us as waiters and asked us
which were the most suitable places to keep the boys under control. Small discos then. Cellophane
was also excluded because it was not open every night. But there was the Carnaby club. The name
of the disco derives from the name of a very famous avenue of England (Carnaby street ) where a
large number of high fashion shops were distributed, where people of all ages launched themselves
in search of the trendiest garment.

The Carnaby was born in the sixties and usually only the lower floor was used as a disco, in the
middle there was the pub where you could enjoy a very delicious beer imported specifically from
England to favor the entry of an English clientele, instead the restaurant was located upstairs. In the
seventies it was completely restructured and among the various updates of the restaurant it was
decided to transform all three floors into disco halls. The three rooms had three different styles: on
the first floor Hip-Hop music, on the second floor there was commercial music and House music,
while on the third floor the genre of music varies a lot, the style is similar to a pub, the track is
smaller and there are around many more tables with sofas.

Obviously then we also went to dance, at the end of the day as waiters. The collaboration with
those who at the time were called PR was considered for free.

Luigi Manzo author of this book 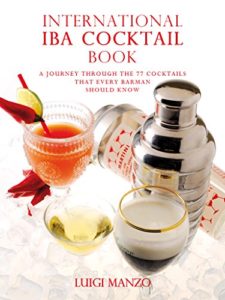 International IBA Cocktails Book: A journey through the 77 cocktails that every barman should (English Edition) – Available on Kindle